FROM: "MARTIAL ARTS OF YESTERDAY, TODAY AND TOMORROW" - READ THE FOLLOWING INTERVIEW SENSEI KATHY HAD WITH THIS NEWSPAPER......
Read More

March Newsletter Fun Fun Fun at the Okanagan Open This past weekend Lake Country Judo and the Kelowna Judo Clubs hosted our annual Okanagan Open. This was a developmental level tournament designed to introduce young judoka to judo competitions. We had at least 8...
Read More

From Castanet News Lake Country Judo Club is celebrating after a sweeping win at the Abbotsford International Judo Championships. It's the first time the club has competed there in years, after being taken over by local black belt national champions Chris Smiley and...
Read More 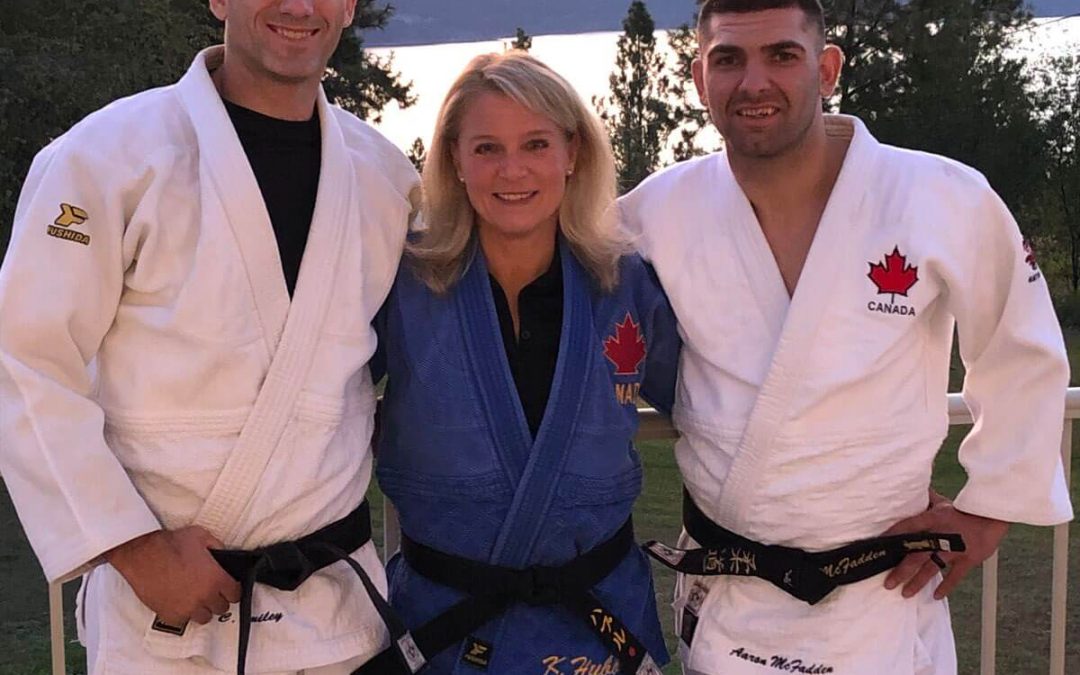 There are new and excited faces taking over the Lake Country Judo Club.

Senseis Kathy Hubble and Chris Smiley are taking over the almost 40-year-old club this upcoming season starting in early September.

Hubble and Smiley are both accomplished judo champions and through their close relationship with former owner Keith Greichen, the two new owners wanted to keep the judo club afloat to share their passion for the sport and to honour the club’s founder Bob Greichen.

“We would love to bring the club back to sensei Bob’s hay-day when there were 150-plus members, including national champions and lots of local star competitors,” Hubble said. “When we heard Keith was going to shut down the club, (we) said ‘let’s do this in Bob’s honour.’”

“We can’t let an amazing judo club in B.C. die, with a gorgeous view of the lake from the dojo this will certainly be a place to grow and put Lake Country back on the map. It’s just a wonderful all-round sport to be a part of.”

The new senseis are bringing in local instructor Aaron “The Technician” McFadden, a black-belt instructor, which will round out the junior programs from the Lake Country Judo Club.